I may have mentioned this.. .

but I love this guy,
and his endless imagination. 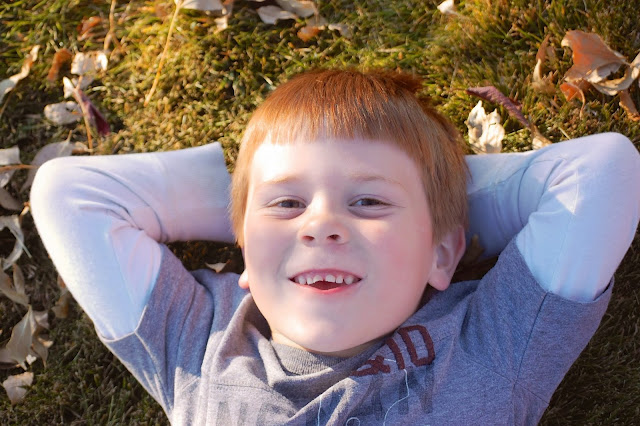 A couple of weeks ago, Dylan came home from school on a Friday afternoon and explained that their work in the mines had been hard that week, but they'd made a lot of progress.  However, Calvin had had to fire Isaiah (names changed to protect my bad memory), because he wasn't actually doing any mining, he was just playing around in the dirt with his Lego guys, and it was putting everyone behind schedule.

You see, there's a slight hill at the edge of the playground, just before the fence.  Dylan and most of his friends had been "mining" (I'm not sure what they were mining, I just assumed copper) by digging tunnels back as far as they could, just big enough for their Lego men to "work" in.  They worked consistently at every recess for a couple of weeks.

He's wonderfully creative and imaginative, and always has been.  When he was very little, several of his compulsions, physical sensitivities, and anxieties, combined with his lack of language and interaction with others, concerned us for a time.  Turns out, his inner world is so rich, he just didn't need to interact a lot until he developed enough language to effectively include other people in it.

But, its not all roses.  Notice the dark bags under his eyes in the photo?  He has trouble shutting off his imagination long enough to go to sleep, so the poor little guy is always tired.  Hopefully, over the next few years, he'll learn to balance his rich imagination with his need for rest.
Posted by Rebecca Susan at 2:31 PM