Just a few minutes after midnight on February 18, 2006, this little baby made his entrance in San Luis Obispo, California: 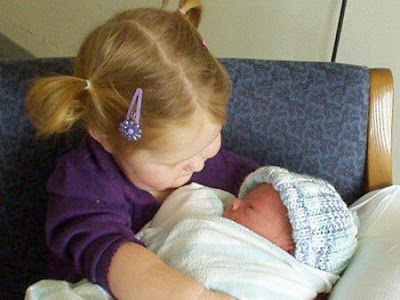 There was snow on the hilltops in San Luis that night.  Unusual.  The world wasn't completely different, utterly changed.  But it seemed to have noticed.

And this little guy 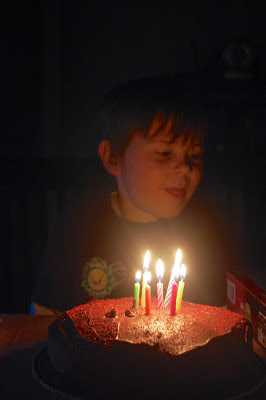 loves snow to this day.
So maybe its good that we left California and headed north.
He's a sometimes-frustrating, sometimes hilarious combination
of laser-focused, determined and unbendable 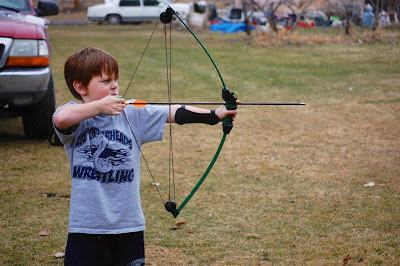 and then infinitely distractible
and lazy. 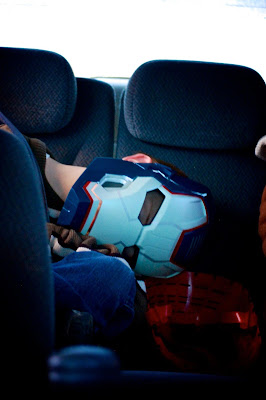 But I guess even super heros get tired sometimes.
Maybe he needs to balance out all that intense, focused energy
with some distractions and lazing,
so that he doesn't burn out.

He's my one little boy, surrounded by girls.  He's a good brother.  At home, he spars and spats with them, but when we go out in the world, he very much sees himself as the protector of his little sisters (he seems to believe Keilana can fend for herself, and that's probably because she refuses any other scenario--she's not much of a damsel-in-distress).  He is their personal superhero.

But he needs them to make him brave.

He is socially and intellectually confident.  He will walk right up to any kid or adult, no matter how new the circumstances or their appearance, and strike up a new friendship. He loves to Know Things, and he spends lots of time learning things, from books, TV shows, and the internet, and has a remarkable memory for all the little details of the things that interest him: machines, cars, animals of every kind, and superhero stories.  He loves to share his knowledge with anyone who will give him the time.

But he is physically cautious.  He is not a risk taker--almost to the point of being a wimp sometimes.  If he sees something as a controlled risk, he's all in.  But if the danger factor is beyond his control, he panics and refuses.  So, since he is confident in his physical abilities, he will climb to the top of virtually anything, and hop on a 4-wheeler and cruise.  But if you try to put him on a kids' fair ride, he can barely contain his panic.  Too many factors out of his control.

It is important to him to control his own world as much as possible, but he has no interest in controlling anyone else.  While he always has a plan, and loves to share it and have others join him, he rarely tells anyone else what to do.  In fact, he excels at meeting people at their level, whatever it may be.  He is wonderful at teaching and playing with younger kids, because he has a gift for intuitively understanding what they need from him and meeting that need.  He thrives in one-on-one instruction, both as teacher and student.

It important to him to be Right; not in a prideful, arrogant way, but simply in that knowing what it good and right helps him to order his world in the way that is so pleasing and soothing to him.  He is happy to learn things, and loves to put in the effort when he thinks something is worthwhile, but he sees no point in learning something unless you learn it correctly and well.

He has always been remarkably self-contained.  He doesn't need a lot of attention or affection, and so it has always been wonderful to see how he notices how much his attention and affection can mean to others, and how freely and happily he gives it.  Which is probably because he is, at heart, quite a sensitive little soul.

He is serious-minded, but playful and lighthearted.  Just like a super hero should be.