Its that time of year!
Kylie doesn't start preschool until next week,
but these two were off to school this morning: 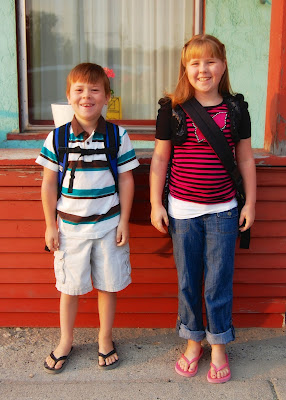 Keilana is in 4th grade this year: 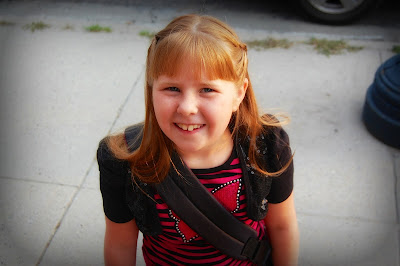 She wants to be a vet.
She believes she's a cowgirl.
She's happiest when she's surrounded by friends.
Talkative, friendly and sensitive,
she loves to draw and write and read,
but usually loves to be outside,
or on an adventure,
more than anything.
She loves new and exciting.

Dylan is in second grade this year: 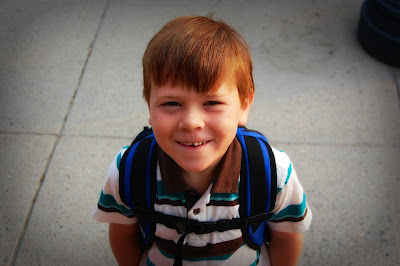 He wants to be a zoologist
or a marine biologist,
and he's off to a good start.
He loves learning new facts,
especially about animals,
and he retains remarkable amounts of info
and details
in that little head of his.
He has an active, intricate imagination,
and loves involving other people in it,
but can entertain himself with his own stories
for hours on end.
The only thing he loves more than his animal books
is his Lego collection. 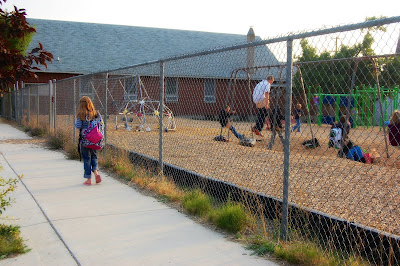 Keilana doesn't need anybody to walk her in anymore,
even on the first day.
She's always been a teensy bit shy,
but brave,
and usually just needed a little hand on the first day.
Not this year.
Hopped out at the playground,
with a wave and a happy,
"See you after school, Mom!" 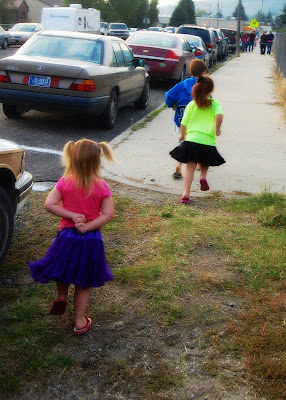 Everybody heads to their first day
of second grade
with a couple of ballerinas in tow, right?
These little girls love their brother.
And he loves them. 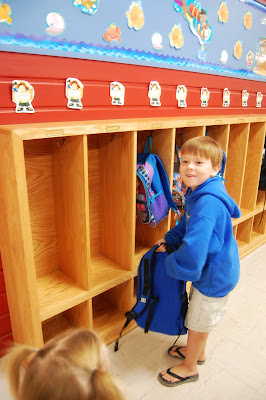 He found his "locker",
one of the things he was most excited about this year. 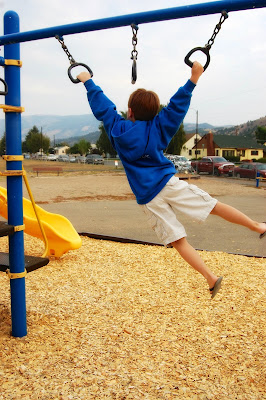 Not only can he get across the monkey bars,
he can skip rings now.
So big.
Sigh. 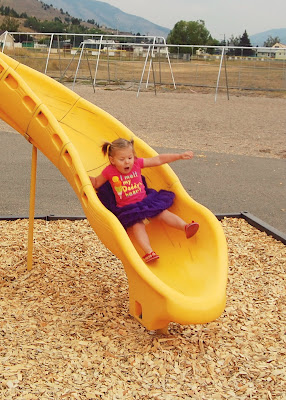 Keira gave one of the slides a try.
She loves slides. 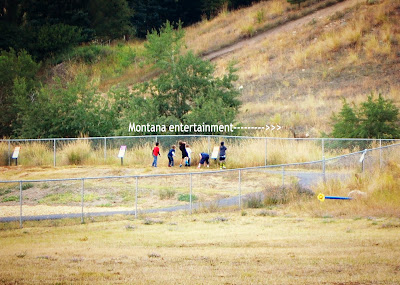 This little doe hopped by the playground,
just as the majority of students got there,
and stayed close,
watching all the kids play,
and a lot of them watched back
(though deer in town are nearly as common as dogs in town here,
so a lot of kids paid no attention to her).

I guess on the first day of school,
mamas of all kinds
watch a little closer.

Posted by Rebecca Susan at 8:34 AM