Kylie started school yesterday.
She was the one I was most nervous about:
though she acts with confidence in familiar places,
she still tends to have a real strong shy, scared streak
(remember, this is the child that,
from 8 weeks old
until about 18 months old
cried any time I left.
The whole time I was gone).
But she was ready: 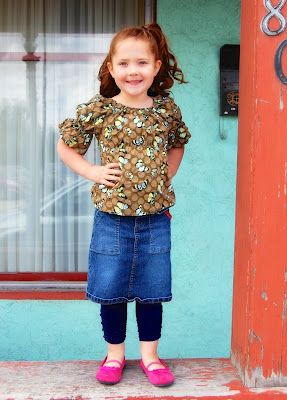 She had met her teachers
(there are two of them, in a classroom of 20 kids)
a few weeks earlier,
at home,
and then had been to her classroom
for intake screenings
and parent meetings. 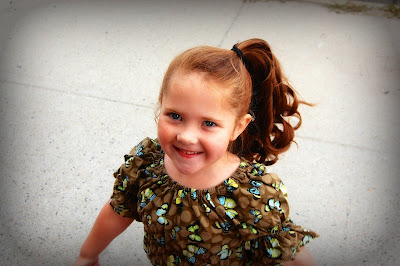 She's not real concerned with what she'll be
when she grows up;
she's pretty content to just be, now.
She loves to build with blocks,
and loves, loves, loves
to draw and cut.
She is nimble with scissors
(she can cut zig-zags and small circles)
and she draws houses
and people and tries animals.
She's fascinated by nearly everything,
as many 4-year-olds are,
but she probably loves dance
more than anything else.
She dances ballet
(and is surprisingly agile and coordinated),
imitating with great accuracy
anything she can pick up from
Angelina Ballerina,
or YouTube videos of ballet.
But she just loves to move her body,
and will make up her own dances
for just about any music.

Can you tell its particularly hard to let this one go?
She's my little buddy.
She chats with me during the day,
tells me jokes,
snuggles with me,
colors with me and reads with me.
When her older siblings aren't around,
she's pretty low key,
and she's a great helper.
She loves to have jobs
and help with chores.
She's pretty independent.


I tried to get a picture of the little girls together,
but Keira was pouting by then: 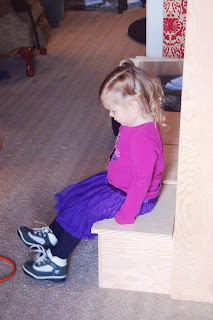 She picked out her own outfit,
except I wouldn't let her take off the leggings
(it was a bit chilly)
and she was really, really annoyed about it.
She always lets us know
when she's annoyed about anything.
Fortunately, she's just as quick
to let us know when she's happy about something. 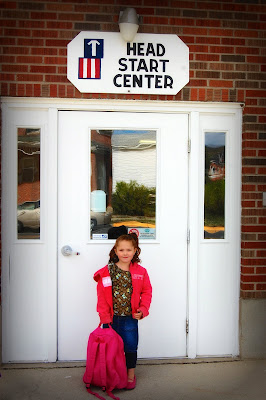 Kylie only missed the Kindergarten cut off
by about 2 months.
Hopefully her Head Start teachers
can keep her busy.
She can write her own name
(though she still gets self-conscious and refuses
if anyone is paying too close attention).
She can count pretty high,
and has started doing addition lately
(only up to 5+5--she has to stop when she runs out of fingers).

And socially and verbally,
she's pretty mature.
She's independent,
a wonderful sharer and turn-taker,
usually quite generous and patient,
playful, clever and affectionate.

I hope they appreciate having her,
because I'm going to miss her.
Even if it is only for 16 hours a week.
Posted by Rebecca Susan at 8:27 PM

This will be a great experience, if nothing other than to develop those social skills (that she's already pretty great at as it is) and to get use to being away from Mom all day (as you of course already know). Adyn loved HS and I have no doubt Kiley will too!