Friday night was the Lindsay Light Parade (they do this every year for Christmas). The PTO at Washington (aka Karen Hunter) put together a couple of floats for the kids to ride on. Keilana loved being in the parade, and Dylan loved watching it. It was a brisk, fairly dry evening--in other words, just about perfect. 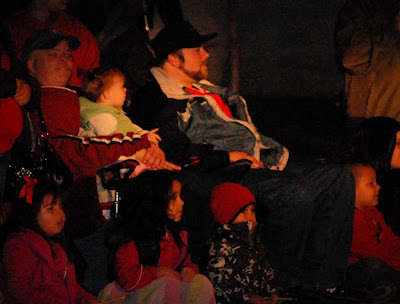 Dylan, Brad, Kylie and Doug watch some of the lit-up floats go by. Its pretty fun seeing all the Christmas lights on cars, sleighs, trailers, etc. 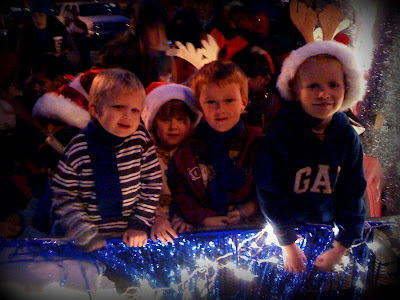 Andrew, Keilana, Seth and James were pretty awesome little float-riders. They wore their Santa hats and reindeer antlers and sang "Feliz Navidad" and "Santa Clause is Coming to Town" as loud as they could. 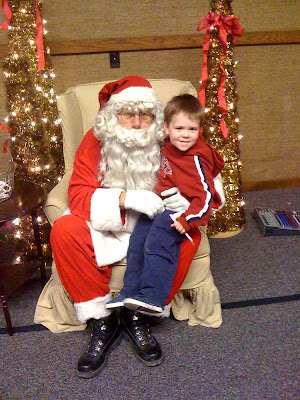 Santa stopped by our ward party. Dylan had already talked to him at the mall a day earlier, but he saw that he could get a candy cane, so he felt it was necessary to talk to him again. 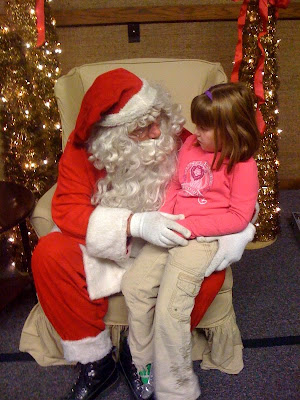 FINALLY, at the ward party, after 4 years of tears and refusals, Keilana sat on Santa's lap and told him what she wanted for Christmas. She has sent him lists before, but would never go up to him. She was still pretty shy, but she did talk to him at long last.
Posted by Rebecca Susan at 10:43 AM